What motivated you to get LSVT LOUD Certified and take the new pediatric course?

I had been waiting for the pediatric study to be completed and the advanced pediatric course to be offered for years. I was so excited when I and several more therapists that work with me could all get trained. Because traditional speech and language therapies have not been enough to help those with Down syndrome and those with other motor and intellectual disabilities, I have tried to find other elements of speech and language that may contribute to poor intelligibility.

How have your pediatric clients responded to LSVT LOUD?

I have seen 2 young children with Down syndrome (3 and 4 years old) and 2 teens (13-years-old with Down syndrome and 13-years-old with cerebral palsy) improve speech clarity, fluency, expressive language, and self-confidence. The high intensity and frequency of sessions along with simple cues such as “use your loud voice” and “say it like I do” allow those with intellectual disabilities and speech disorders to achieve success easily. It also helps clinicians, parents, teachers, and caretakers know how to consistently cue better speech attempts.

We use phrases such as “Tell me, in your loud voice, what you want for a snack/we did last night, etc.” to prompt louder, clearer speech with less cueing and unsuccessful attempts. Knowing what to expect each day helped our clients enjoy each session. The easy-to-follow reminders/cues gave our participants confidence and pride many times during each session. “Parents also reported better spontaneous speech and language use (we did not expect this part). Even more fun than those results was the enjoyment and pride of the participants.”

What have your clients or their parents told you about improvements as a result of therapy?

Due to the nature of the intellectual disabilities of our clients we are somewhat limited in the feedback attained during and after the program from participants themselves. But we were able to gauge their willingness to participate for 60 minutes sessions over 16 sessions (four days a week for four weeks). Also, feedback from parents indicated that sessions were easy to prepare for and complete. We were concerned about the attention span and ability to focus in a young population and with those with moderate to severe intellectual disabilities. Despite the participant’s young ages and tendency to flee undesired activities, each young person had very few instances of opting-out behaviors. Even when they did, they were easy to re-engage.

We attribute, in part, this success to the familiar and repetitive nature of each task, his/her ability to consistently be successful, and because we conducted sessions using telepractice. This consisted of using a HIPPA compliant telepractice platform so each family and therapist could attend the sessions with no, or limited, travel and preparation. The 16-session format would have been much more difficult for school-age children without the telepractice option.

What are some specific examples of feedback you have received?

The best part of the program for all participants were the unsolicited comments received by those outside the therapy sessions. For example, “her teachers, aides, church helpers, neighbors, etc. told me she is talking more often and is easier to understand.” The mother of our 13-year-old participant with Down syndrome showed me her IEP that noted better speech clarity, fluency, and participation since the initiation of the LSVT LOUD program. The IEP even listed the cues they are now using at school such as “reminding her to use her loud voice.” This same student also shocked me about a month after the completion of the 16-serssion LSVT LOUD program by answering a question I have never been successful asking. I use current topics for each session and routinely ask her what she is learning in one of her favorite classes, social studies. When she answered me saying “a woman’s right to vote” I squealed with delight (and made her jump)! I couldn’t believe what she said. Her mother was not in the room, but when I told her she said that they are getting more of those answers at home as well.

Another unexpected skill was each child began to spontaneously self-correct speech and fluency errors. For example, stopping mid-sentence or word and trying it again using a strategy, such as saying it louder, taking a breath, or using something close to an easy onset. (***Note: vocal strategies learned by the children were established through modeling, e.g., “do what I do” not extensive verbal explanations. Also, we never taught stuttering modification techniques or used those terms.) Self-monitoring is particularly hard for this population and I have not found many functional ways of teaching it. Despite having good social skills, people with Down syndrome tend to be apathetic to how others may perceive them, and many will abandon speech attempts after one correction by a listener. Correction cues taught by the LSVT LOUD program avoid the use of negative feedback. The cue is to tell the speaker what to do instead (“use your loud voice” and “do it like I do”). This removes the feeling of being told he/she spoke incorrectly, thereby avoiding the urge to opt out or quit trying.

How has your LSVT LOUD training impacted your daily clinical practice?

We continue to be shocked at the ways speech clarity and expressive language have improved using the LSVT LOUD program. I have found once voice and resonance are targeted, other expressive skills seem to emerge. The true gem for therapists using LSVT LOUD is the simplicity of the tasks and cues used and the faith in repetitions during sessions. I laughed at week 3 because the training course warns therapists about “doubts of such high repetition rates” and to “stay the course”. It was hard to remember at week 3, but it was true. By week 4 the fun reports from others and the client’s joy and pride made each of those last sessions so meaningful and truly special!

I now have an evidence-based technique to use with my clients that directly addresses voice and other suprasegmental aspects of speech that effect intelligibility. Having a program to follow that is both strict and flexible allows me to screen, assess, and treat those with voice, fluency, prosody, and resonance disorders. It is extremely valuable. Addressing voice and speech disorders in very young children can set the foundation for life-long speech clarity. Not only has LSVT LOUD helped my young clients with Down syndrome be more intelligible, it has made each of them more confident and independent! 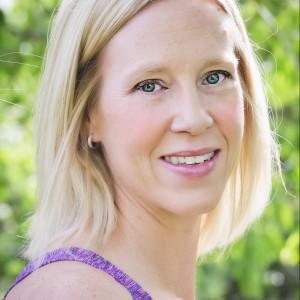 Jennifer Gray MS, CCC-SLP has specific training in feeding, oral-motor, and oral-placement therapies and currently specializes in treating those with motor speech disorders and dysarthria. She is currently treating, speaking, and writing about speech and feeding difficulties and abilities for those with the diagnosis of Down syndrome.