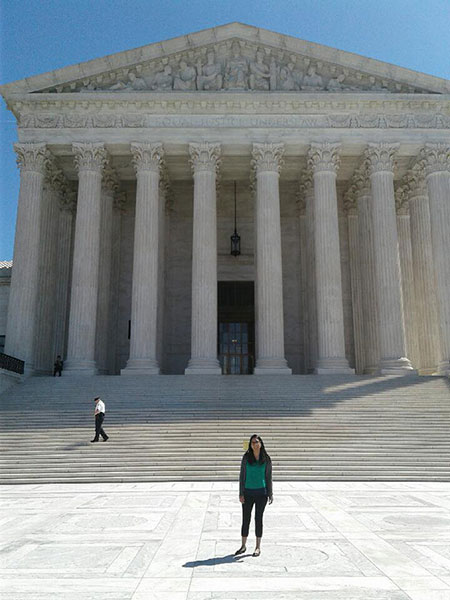 Hilda has worked with a variety of children and adolescents with autism, developmental delay, chromosomal disorders, specific language impairment, fluency and voice disorders, and/or intellectual impairment. Her sister, who has Down syndrome, was her inspiration to pursue a career as a speech therapist.

Hilda is currently working in the greater Denver area specializing in speech, language, feeding, cognitive, and social skills of children, teens, and adults with Down syndrome and bilingual Spanish/English speaking children and adolescents. She collaborates with Cromosoma del Amor, the Sie Center for Down Syndrome at The Children’s Hospital Colorado, and local support groups. She is also a member of Sibling Tree, an organization that helps empower siblings of people with developmental and intellectual disabilities to become advocates and leaders in their communities. Hilda was a speaker at the National Down Syndrome Congress Convention 2018 and at the local conference for El Grupo Vida.

Get the latest resources, blog entries, live broadcasts and more sent directly to your inbox!